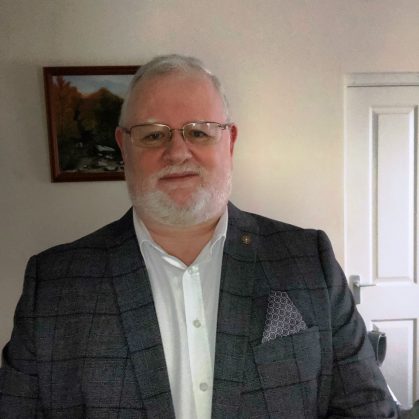 Ross Sykes the CEO of Mike Russ Entertainments, a top professional entertainment agency on supplying the very best of top professional entertainers and acts. The name Mike Russ came from Ross’s godson Michael Russell, the son to Ross’s best friends sister. Ross adored Michael as if he was his own son and when Ross entered the house, Michael would come running up to him to greet him. Ross started to perform on the organ and rather than being called by his real name he created his stage name as most professional performers and actors and actresses have a stage name and his stage name was “Mike Russ”, named after his Godson!

Ross started to work onboard the finest cruise ship of the world; Queen Elizabeth II and was sent to the Queens Grill Restaurant where all the Top Celebrities, Royalty, Aristocrats and big Businessmen & Women would dine. The guests would pay over a million pound to have a suite for the world cruise.

All the food was cooked to order including vegetables and it’s here that Ross used to sing quietly ready to take out the main course for one of his tables. The Executive Head Chef came to the kitchen one dinner to see how the Head Chef and the cooks were preparing food and to ensure that the food was displayed exactly how the Executive Chef wanted it displayed. Ross was standing very quietly in the corner singing one of his favourite Frank Sinatra tunes; “that’s life” when the Exec Head Chef bellowed for him to sing louder, the restaurant manager and the head waiters came rushing into the kitchen to demand the kitchen turned the music player off, to be shocked to find out it eas Ross Sykes singing to himself quietly before he was told to sing louder so that the kitchen brigade could hear it!

A new Entertainments Director was appointed to the QE2 and he decided to have a competition that would last a week of Passengers Versus Crew. Now the Queens Grill had been awarded every award around the that was going and had the name for the best restaurant on land and sea and had the biggest accolade of Awards going for its food, its service and the professionalism of the waiting on staff and busboys as the trainee waiters where called. Ross was entered into the competition by his restaurant manager. After a week he made it into the Finale and came second against a seventy-eight-year-old lady who had the voice of an angel. It was from there that Ross’s life changed and Mike Russ started. He was the first and last person to be ever appointed to work onboard the ship full-time singer and after his hist 12 months with his high ly scored guest comment cards that all cruise passengers filled out became the headliner and was performing with a 22 piece big band for nine years onboard the most luxurious ship in the world but also his home and the crew as his family. Ross spent 10 years onboard the ship before wanting to see what else his out there for him.

For twenty years that Ross was performing around the world with his management, he had the privilege in performing for the Royal Family of Bahrain followed by the Royal Family of Dubai. One time he was booked privately to perform at a private club in London and the guest of honour was the late HRH Princess Margaret and because he impressed her so much he was a further two performances.

Sadly in January 2000, Ross Sykes had to retire from performing due to a serious operation that he had to undergo that took 12 hours. In 2001 Ross could no longer sing and so the only job that he could do was to become an Agent and company director and invested some of his life savings into the business.

Having worked as a freelance Agent Ross Sykes decided that he should form his own company and run it like his agent used to run his business, a top professional agency where his performers and acts should always be the number one! And rather Ross performing at weddings and theatre shows he has now recruited some of the most talented singers, bands, magicians, musicians, top talented circus acts and some electronic property that will even shock mums and dads and put a smile on their faces.

We operate to the rules of HMRC and Companies House, all our roster work fulltime in the entertainments industries and showbiz and submit at the end of every financial year their accounts. Unlike a lot of other acts, you may see around in pubs and clubs all have full-time jobs and their Friday’s and Saturdays are just pin money, whereas our performers it’s a career and they are constantly investing in their acts or show, with props or new professionally made costumes or new pa equipment. 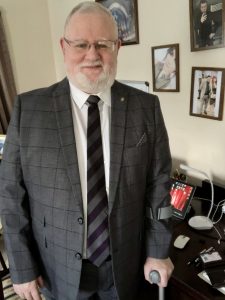